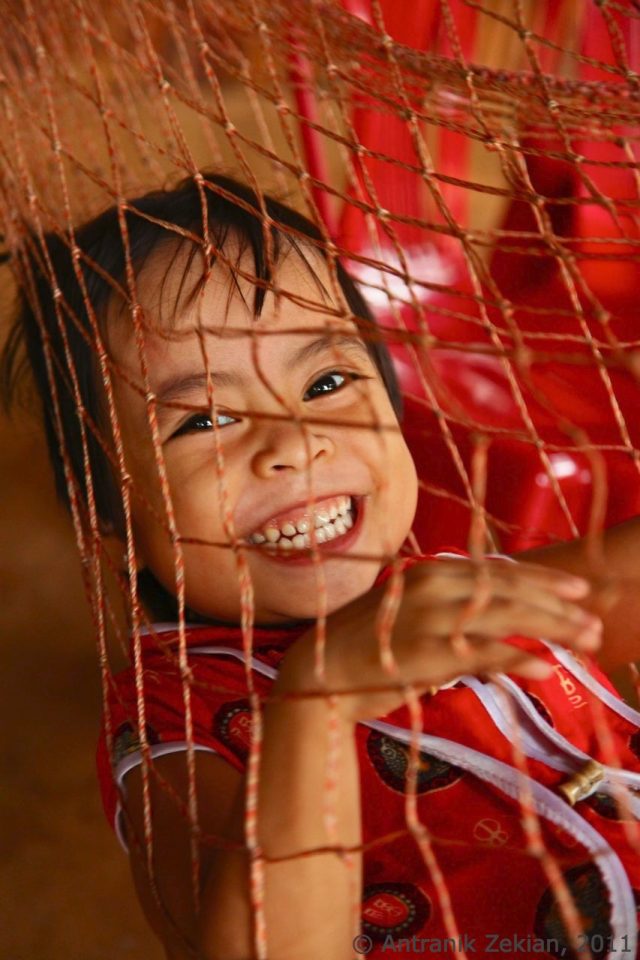 This picture has been taken at the entrance of the Vinh Moc tunnels. This little girl was with her family who sell drinks and snacks to tourists who come to visit the place. Vinh Moc tunnels are remains of the war. They have been digged during the Vietnam war by the villagers who were heavily bombed by the US army in this area right on the DMZ. They built a deep tunnels network where they live until the end of the war, going out only by night. 17 children are born in these tunnels. This girl was a descendant of one of the villager who live there from 1965 to 1972