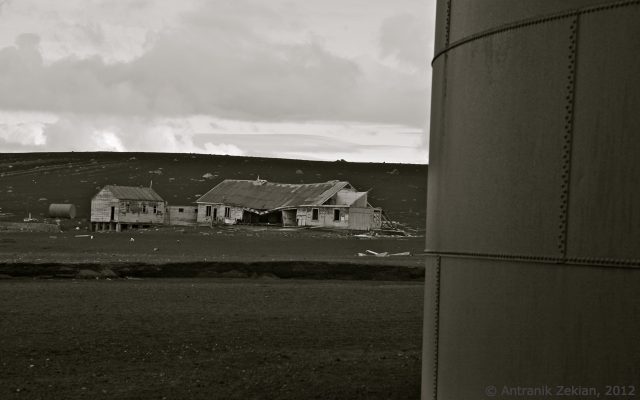 This picture has been taken in Deception Island, located in the Antarctica peninsula. There are remains of an old whaling station there that was in used until the mid XXth. Whalers were the first people to get close from the great white land where they were hunting whales but also seals for their fats that was used as combustible and lubricant. Deception Island is also known as a violent eruption changed the shape of the island and covered it with black dust in 1967, 1969 and 1971. They are not any more human presence there anymore due to the continuous volcanic activity that did not stopped ever since