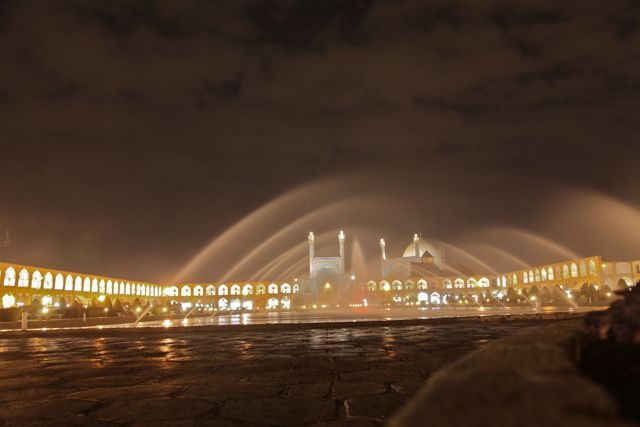 This picture has been taken around 10pm in Ispahan, Iran on the main place of the city which is now called Imam Square. It was used to be called Naghsh-e Jahan and its beauty explains which the city was called &quot;Half of the World&quot; some centuries ago.