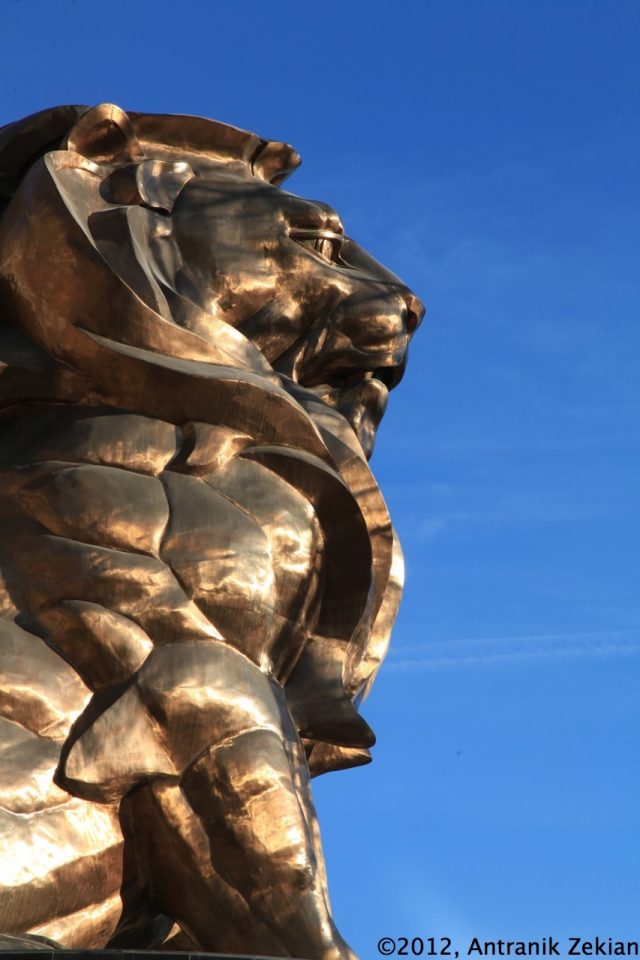 I took this picture while I was in Vegas. This fierce Lion is standing in front of the MGM hotel. Its story is quite interesting as it was the largest bronze statue in the world that has been initially made for the cinema industry when MGM included Metro Goldwyn Mayer studio. At that time, it was the lion you could see at the beginning of all the Golden Mayer productions, and today it quietly guards the entrance of a casinoâ€¦