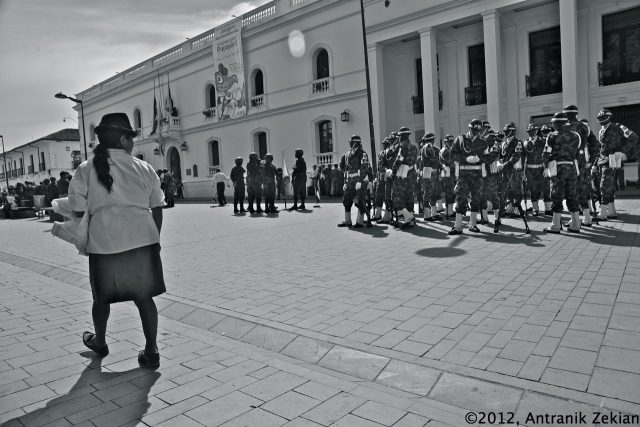 This picture has been taken on the main square of Popayan on 20th of July. It was the celebration of Independence Day and a military parade as well as politics speech were scheduled few hours later. The event took a specific dimension here in Popayan, head city of the Cauca region, where few days ago, incidents between Indigenous people and the army caused twenty injuries and two deaths. The president of Colombia was supposed here in Popayan for the celebration to prove that the area, the most instable of the country was under control. He canceled at the last minute to avoid worsen the situation.