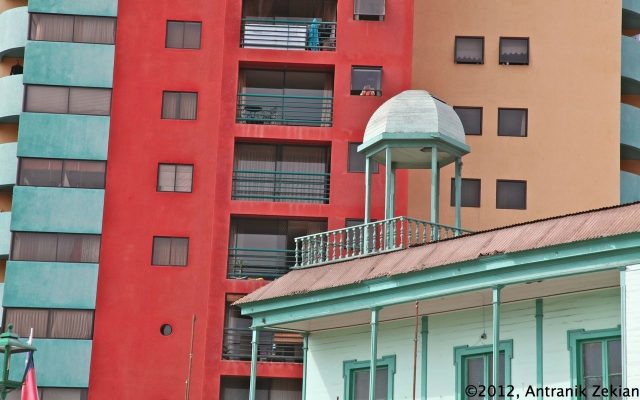 This picture has been taken in Iquique. This city is located in North Chile on the Pacific ocean coast. It has been created when Nitrates has been found at the beginning of the centuries. With the first world war, nitrate demands (used to make gun powder) increased a lot and fueled the development and the prosperity of this city. Today walking across the street of Iquique allow to understand how prosperous the place was some times before. Some old and stylish building remains also regular earthquakes erased the mark of its fancy past. With the invention of synthetic nitrate by the German during the 2nd world war, the wealth of the town dismissed strongly and today Iquique is ore know for the quality of its waves that attract surfers form all the world, than from its saltpeter mines