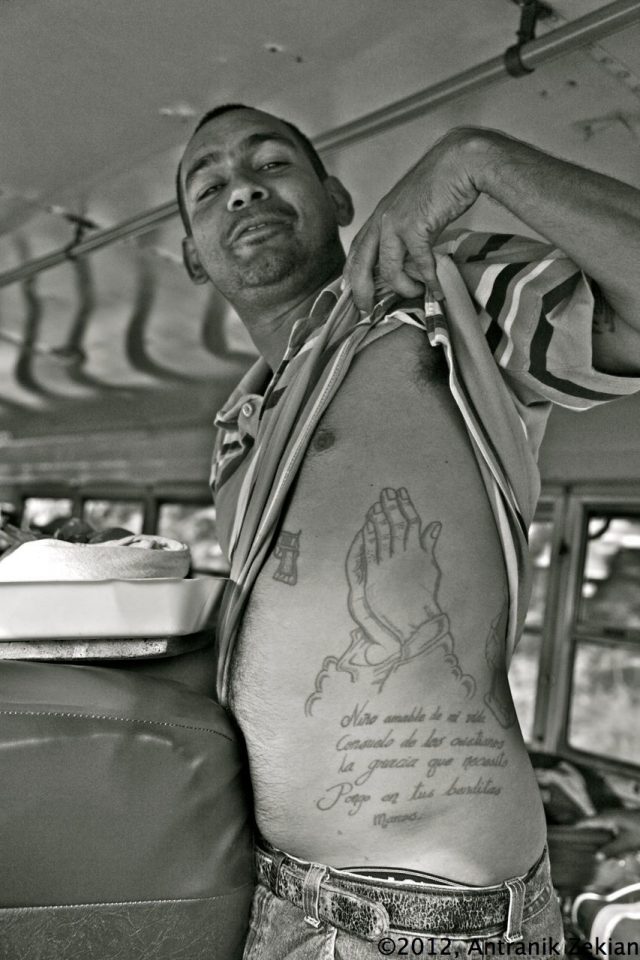 I took this picture on the bus that was going from Rivas to Granada. I was the only tourist in this chicken bus (old american school bus used as public transport all across Central America). I started talking to my seat neighbor then to several guy in front of me. When they saw my camera and after I explained them that I loved taking genuine pictures of the country and his inhabitant, they called one of the guy in the front of the vehicle who had a pastry plate under his arm. The guy laughed and explain me he was an ex mara (central america gang) member. After what he raised his tee-shirt to chow me the tattoos his has on his chest