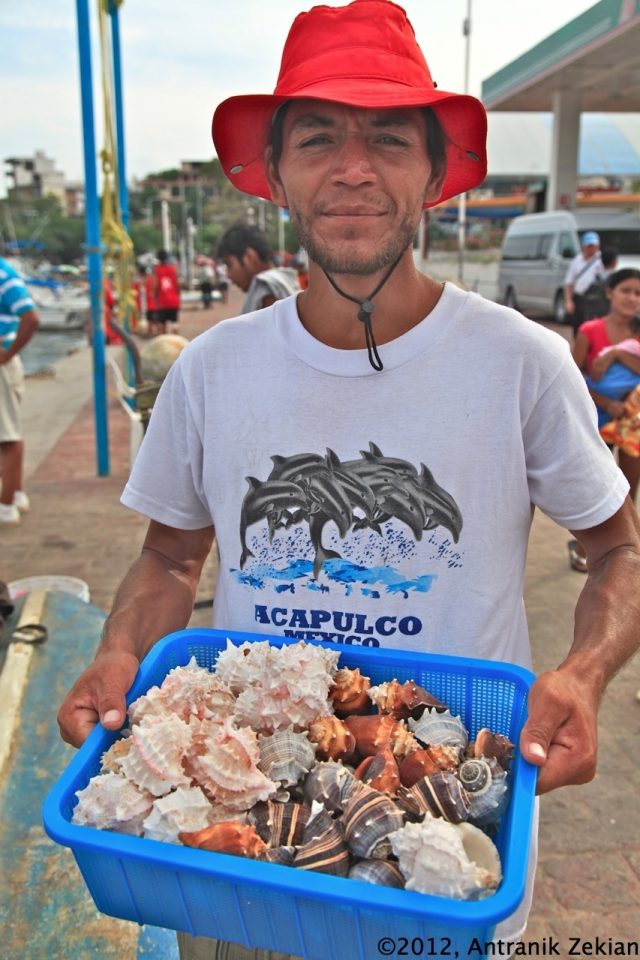 I took this picture while I was walking in the historical center of Acapulco. After this vendor approached me and tried to sell me one of his shells, I started a conversation with him. He asked me quite precise questions about the euro/pesos exchange rate, and I initially dont understand why. Then he told me that a women just paid him with a bank note of 5 euros, that he accepted also he did not have any idea how much it was worth it. When I told him the rate was 1 for 16, I saw a huge smile lighting his face: he initially ask the lady for 10 pesos… but she did not have any change and seems to dont care so give him 5 euros instead. Gday mate 😉