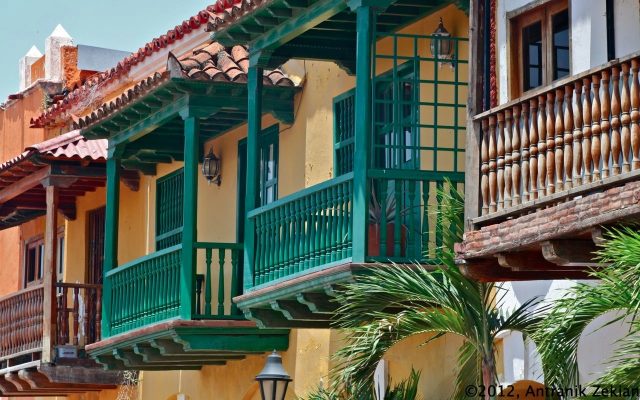 This picture has been taken in the old city of Cartagena. The city has been built in the mid XVIth century by the Spaniards and the walls built in XVIIth century to protect the city from the incessant pirates attacks (including from the famous Sir Drake). After the end of the defenses and forts construction, the city was considered impregnable which it has been… at least until the tourist invasion it in the second part of the XXth century