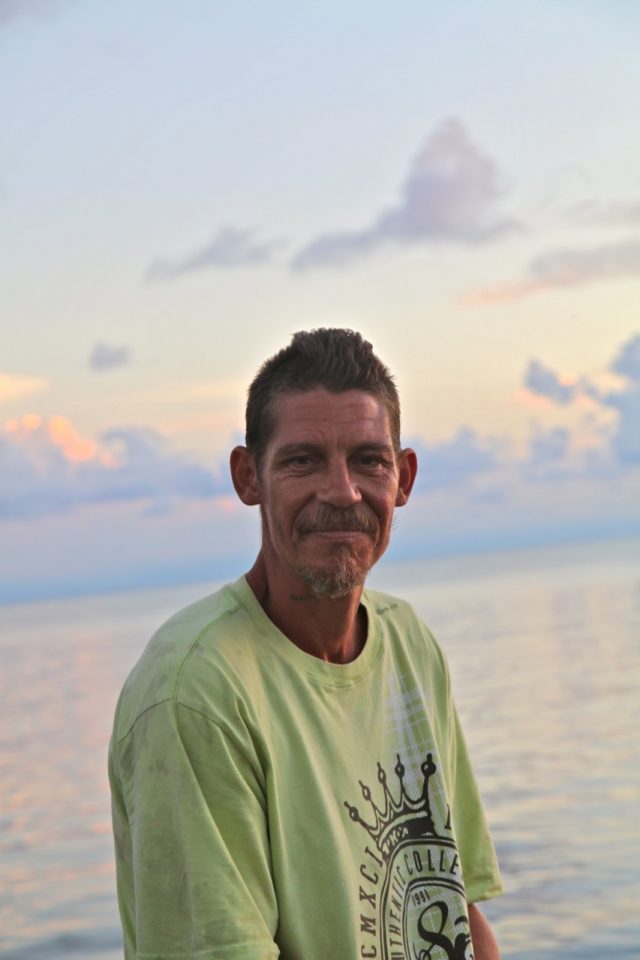 It doesnt look like it but John on this picture is a Hondurian native from Utila island. To add to the confusion, his first language is english, well creole english like most of the Utilian people. In fact, a big part of the central america Caribbean coast has been under the control of the British for many years. The result is a very mixt population with some guys looking very european, and also the english that is widely spoken there