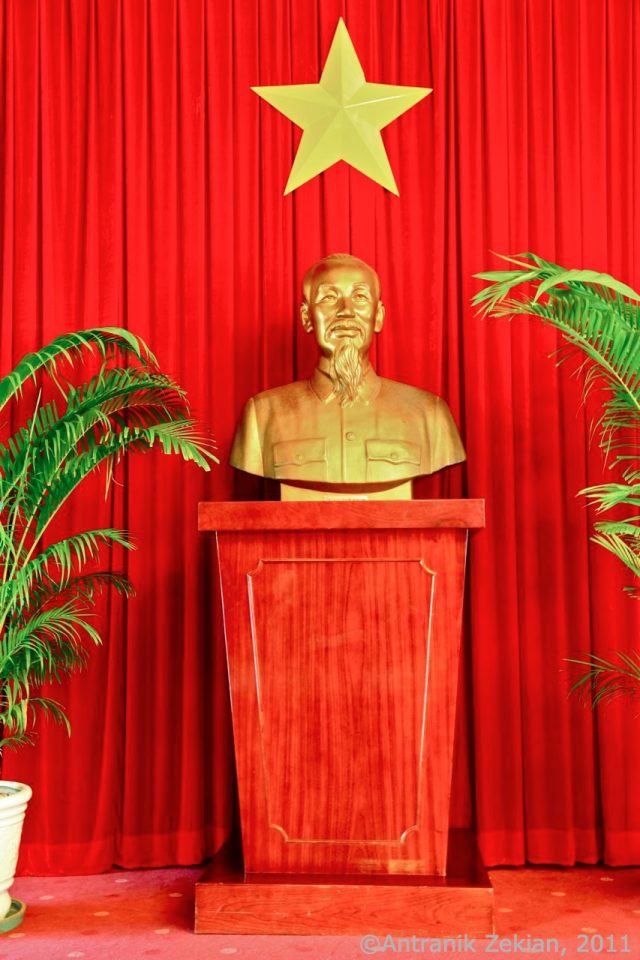 The statue represents Ho Chi Minh or Uncle Ho as he is called in vietnam. Ho Chi Minh after studying in France try to negotiate more autonomy to the French for the Vietnamese people but his claims get declined. During World War II he leaded the resistance against the Japanese force. Then after the victory of the allies force he fought against the F military that had been sent to take back control of Vietnam. He leaded the Vietminh to the victory and created the Vietnam Democratic Republic. In 1960 he supports the creation of the FNL (Front Liberation National”) called by the South Vietnamese and the American Vietcongs. He passed away in 1969 without his dreams of a reunified country fullfiled.”