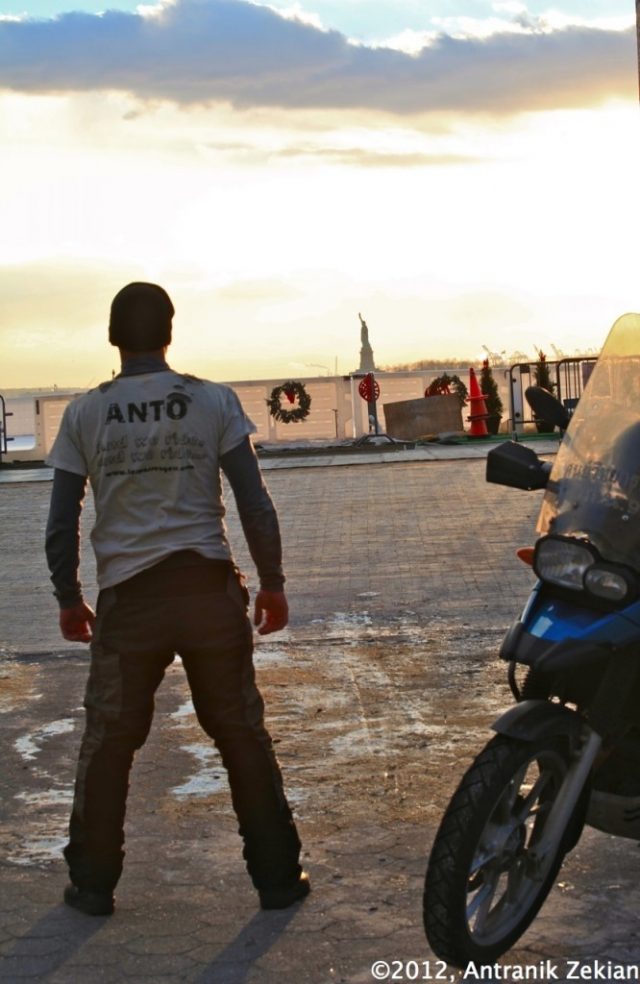 It has been 2,5 years that I am traveling overland around the world. I have rode more than 90 000 kilometers, 2/3 of it on my motorcycle. I crossed 41 countries and met numerous people from all cultures, background and religion. It was an incredible adventure and since day 1, I always say it would symbolically ends in front of the Statue of the Liberty, cause it represented a lot for the people who first come here. On this 23th of January 2013, at 3:50pm I finally arrived there on my motorcycle, the same one with which I left Paris on September 2010. My feeling at the exact time I get there: I have done it, the world is not such a terrible place, and the whole trip was so much worth it!