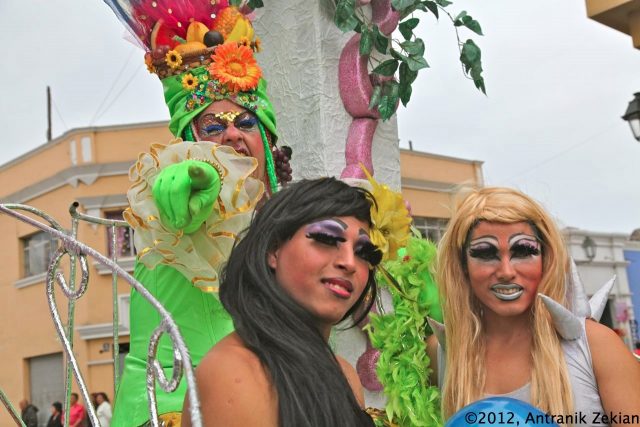 Funny enough it happens I was in the city of Trujilo in northern Peru the day ofâ€¦ the gay pride. While it is not the size of the demonstration organized in Berlin or New York, it was interesting to see that in this very catholic south american country, a handful courageous homosexuals and transexuals had the courage to go in the streets and ask for their rights to be respected. Walking accross the people attending to this march and shooting pictures however quickly translates the state of mind of some of the attendees who quickly came to me to make sure I wasnt working for a local newspaper. More significant was the headmask some of the attendees were wearing not to be recognized. The way to go is still long until tolerance win!