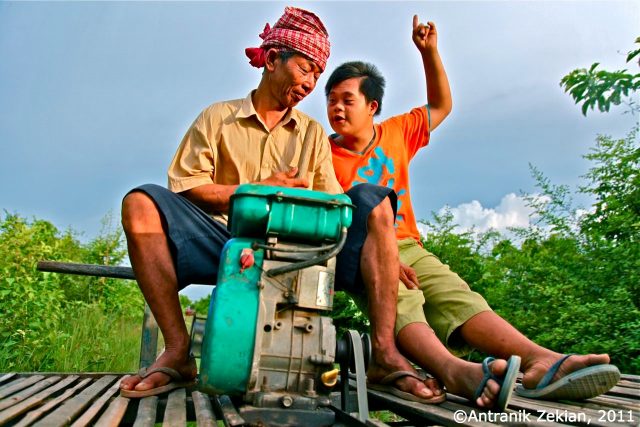 This picture of one father and his son has been taken while I was traveling on the bamboo train, near Battambang in Cambodia. The bamboo train is a very rudimentary wagon propelled by a small diesel engine, that was used to carry passengers and merchandise on the single train track connecting Poipet to Phnom Penh, before good road are being constructed (less than 10 years ago). In order to allow train coming in opposite direction to pass, this vehicle are simple and light enough to be dismantle and reassemble very quickly. Today bamboo trains are still being used but not as extensively. One of the main things they now carry is tourists that come for the fun to ride on this very old and uneven train tracks built by the French at the time of French Indochina