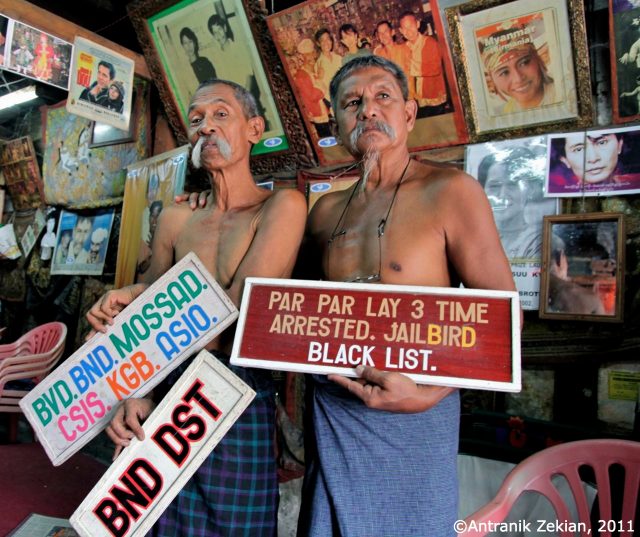 This picture has been taken in Mandalay the second biggest city in Myanmar. Myanmar is governed by a militari junta that took power over 50 years ago. The ruler put in place an extremely corrupted and liberticide system in place making the country the poorest of South East Asia. On this picture are 2 comedians belonging to the Moustache Brother troup. Following a joke make at a public meeting Par Par Lay (on the right of the picture) has been arrested and condanmed to 7 years of forced labor. Today the troup is forbidden to perform in public and in front of Burmese.