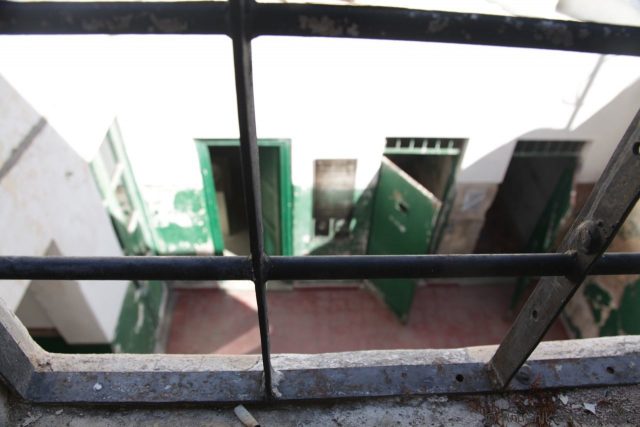 This picture has been taken in what is now the Centro de la Memoria. It was a former illegal detention center in Cordoba, and was used by the Department of Intelligence (D2) between 1976 and 1979, during the Dirty War, to hold people with no formal charges and torture them, under the pretense of fighting radical left-wing political subversion and terrorism. Argentina has a long history of dictatorship that only ends in 1983.