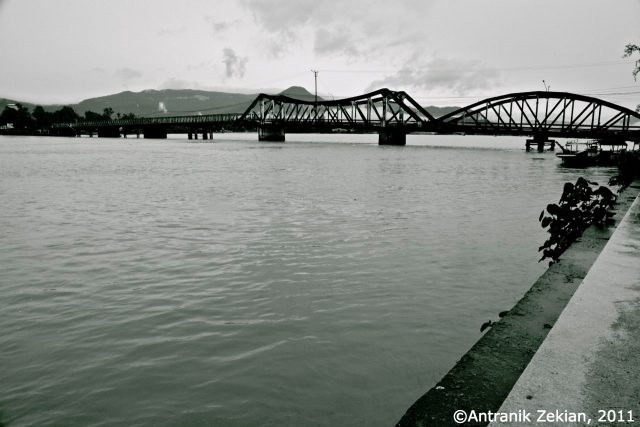 Kampot so called french bridge”. The structure of this bridge translates the country recent history. Originally built by the French, it has partially been destroyed when the Khmer Rouges took power in 1975. After their accession to power the part destroyed has been rebuilt following a different style. Then when the Vietnamese took over the Khmer Rouge in 1979 and invaded Cambodia, they dynamited again this bridge. After the situation stabilized they rebuilt the missing part to reestablished the traffic on it. None of th reconstruction followed the original style. Today the bridge has 3 different styles clearly visible. Even more funny, not of the rebuilt part are at the same level making the bridge not flat – Kampot, Cambodia”