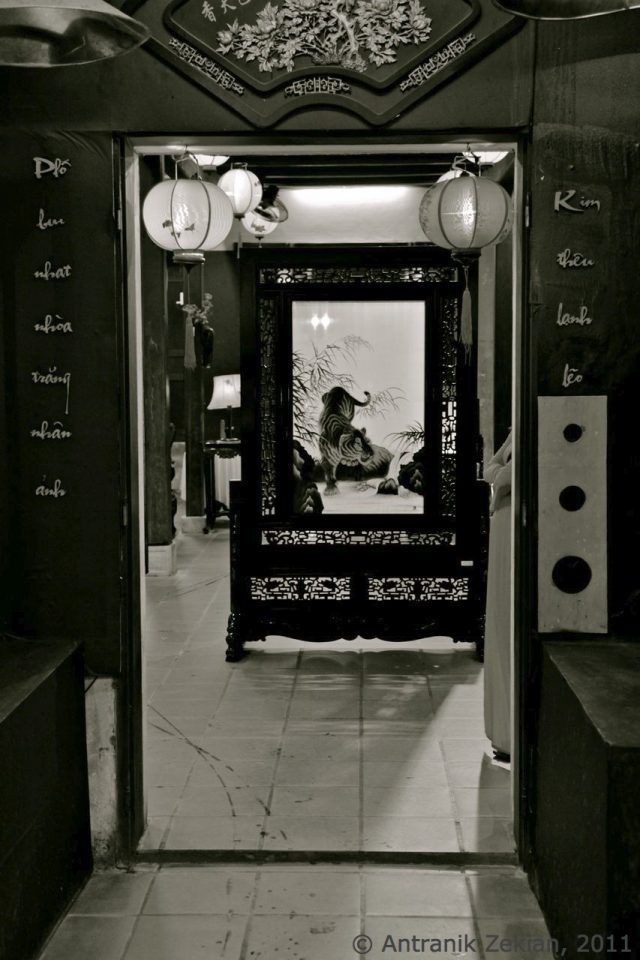 This picture has been taken in Hoi An. This small town is famous for its old houses, all from the XVIIIth century that have been built by rich Chinese, Japanese and Vietnamese merchants while they were prospering their business in the area while Hoi An was still the biggest port in the area. Amazingly the place hasnt been bombed nor damaged during the Vietnam war and ha been added to the UNESCO preservation list in 1999. Walking in the street is like a journey through time, and it is also possible to visit old houses that for most of them are still inhabited by the descendant of the merchant who built them