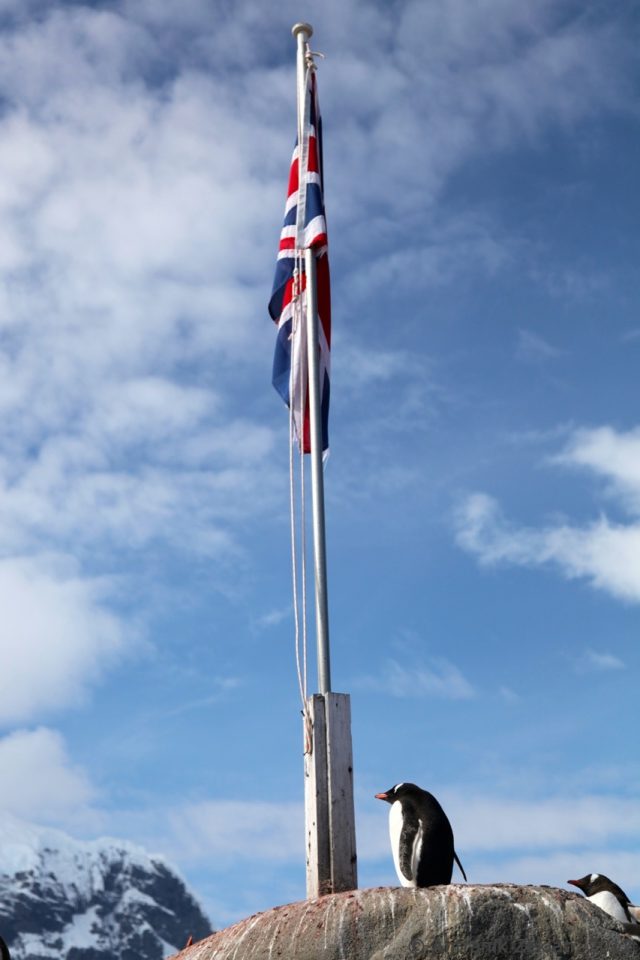 This picture has been taken at Port Lockroy in Antarctica. British setup port Lockroy on the Antarctica Peninsula during the second world war. That was used as a subterfuge by the Brits who wanted the Germans to believe they were spying their submarines movement in the South. After the war it has been turned into a scientific research station and a post office has been attached to it. This post office only here to help UK claiming their territorial rights on the place. Since 1991 and the signature of the Antarctica treaty, it ha sbeen turned into a museum and the post office still works. The place is run by volunteers during the 4 months of relative summer (understand… when the sea is not frozen and boats can go there). They live in close touch with the colony of gentoo penguins who never left the island and are in fact the real owner of the land