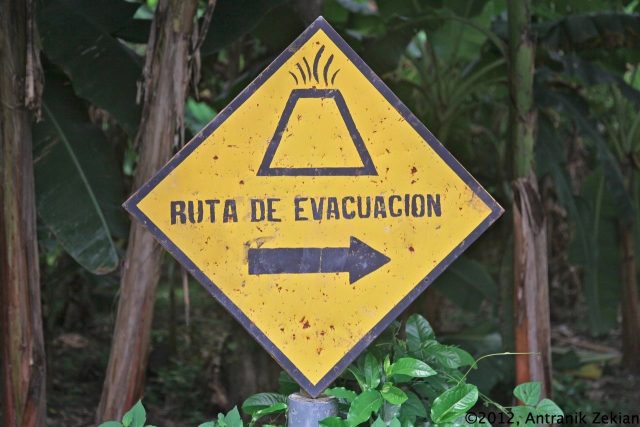 Islas Ometepe are a set of two islands with one volcano on each. Following several eruptions the two islands became connected by a tiny lava isthme. On top of being a very beautiful place, these 2 islands are also famous in history as the legend says that the Mayan found refugee here after they abandoned their empire. Following an oracle telling them that the promise land will be an island with two volcanoes, they stopped and resettle there. One of the 2 volcanos, the volcano Conception, is still very active which explained the signs posted spread all across the island